The spring and summer months bring all sorts of bird calling back to the forest, and typically, we listen for birds in the morning hours after sunrise; however, there are other birds that only call in the evening/night which are very unique! One of those birds is the provincially threatened Eastern Whip-poor-will. 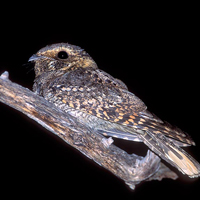 The Eastern Whip-poor-will is a medium sized bird about 25 cm long with mottled brown and grey feathers. This colouring help it camouflage with its surroundings. It is active during dusk/evening hours and rests during the day, so it is more commonly heard than seen. These birds are most vocal during bright, moonlit nights and will be heard singing their name "whip-poor-will" often in long, and seemingly endless series. Their call is easily identifiable and is often used in a protective way to let others know its territory.

In Muskoka, Whip-poor-wills are usually found in areas with a mix of open and forested areas. They prefer rock barren environments for foraging, and will use the edges of forested areas for roosting and nesting. In more southern areas of Ontario, these birds will utilize open forested communities such as savannahs and open woodlands in more mature mixed forests. Whip-poor-wills do not build nests, but rather lay their eggs directly on the forest floor where the colouring allows them to be well camouflaged to remain undetected by predators. In Ontario, these birds can be found breeding as far north as the shore of Lake Superior, but they spend their winter months in Mexico and Central America.
Eastern Whip-poor-wills were added to the provincial species at risk list as threatened in September 2009 and the main threat to the species is loss of habitat and habitat degradation. Some of this habitat loss in the north is due to forests closing in as they mature, while in the south, intensive agriculture is removing much of the natural habitat. It is also expected that this species is suffering due to changes in the food supply chain related to pesticides.

As a threatened species, under the Endangered Species Act, the species itself, and its habitat are protected. At RiverStone, we conduct surveys for Eastern Whip-poor-will on properties that may have suitable habitat. These surveys are done based on a protocol developed by Bird Studies Canada. The protocol requires two surveys - one is in May/June and one in June/July during the breeding season. Each time, the survey should be conducted within one week of the full moon. Other factors that are important to consider include wind and rainfall. With too much wind, it is unlikely the birds will be heard, or they may not even be calling if there is too much rainfall. Surveys are done after the moonrise, but near sunset when Whip-poor-wills are most active.

Surveying for Eastern Whip-poor-will gives ecologists and biologists more accurate information about the species, its habitat, territory and habits. With this information we are able to make informed decisions regarding protection for both the species and its habitat when considering development applications. 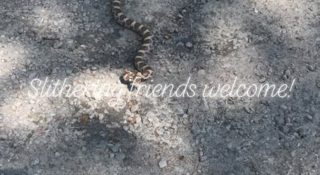 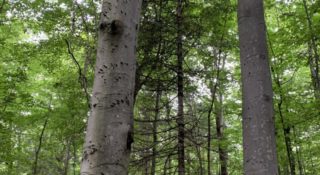